by Cody Rooney
All, Creators, News

In an Instagram series launching this fall Arts Help has teamed up with director Carlos Reyes of MeShell studios to uncover the untapped potential of emerging artists in the City of Lights and document their work, their processes, and their lives as artists in one of the most culturally significant metropolises in the world. Carlos, a Dick Clark productions digital creative director is best known for his work on productions such as the American Music Awards, Emmy’s and has previously produced content for high profile artists such as Ariana Grande, Shawn Mendes, Dua Lipa, and many more. Paris being home to one of the most diverse and historically significant arts scenes in the world positions this series right in the heart of the contemporary popular art sphere. From painters to collage artists; musicians to sculptors; the city is a mecca of a cultural and artistic activity. We sat down with Carlos to talk about the series, its inspiration and what viewers can expect next. 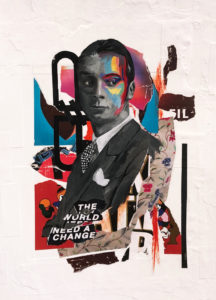 What was the inspiration behind Paint The Town, where did the idea for the series come from?

Paint the Town is a series developed to explore the current state of contemporary art and artists around the world. We kick off this series in the art capital of the world, Paris! In the series, we dive into the minds of Parisian artists to find out what they do, how they do it and most importantly why they do it. The idea for the series stemmed from a feeling of being surrounded by creators that produced content for the sake of clicks, comments, and clout. Their content/art didn’t feel genuine or authentic, instead, it felt empty. I felt an urge to find real artists that created with meaning, for themselves, and were not phased by their current state of clout. I found that and more in Paris, and Arts Help felt like the perfect platform to bring this all to life.

What is the goal of showcasing the artists you chose?

The goal is to inspire! Inspire viewers to be true to themselves and pursue their passion. Throughout the series, you get an intimate first-person glimpse of the artist and their life: their thoughts, struggles, and goals, but most importantly their passion. You get a feel for their pursuit of happiness and the doubts they face throughout their journey. But they never deter, they stay true to themselves and their art, they live their life based on their own terms and meaning.

What is it about Paris specifically that that inspired you to document its art scene?

Paris is a city synonymous with art as it is with love and light. For centuries Paris has been considered the art capital of the world. Artists from all over the world travel to Paris to work and get inspired. To this day it’s a city that defines the contemporary art world.

What kind of artists do you look for when filming the series? 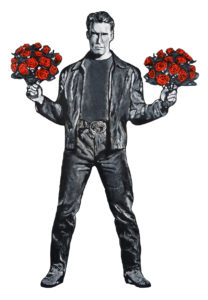 I look for artists that are fully emerged in creating original meaningful work, whether its music, painting, animation or street art.

Are there plans to make this an ongoing series? If so, which cities would you look to showcase next and why?

Yes, would love to make this an ongoing series. In this electronic world technology and culture are constantly changing, every day there are new mediums, platforms, and artists surfacing. I want to learn about all of them and their meaning. The cities I would like to showcase next are New York, London, and Tokyo. I feel these cities are influential in shaping the current art world.

Who are some of the “dream” artists that you aspire to document?

I aspire to find the modern day Van Gogh, but no one knew how great Van Gogh was during his lifestyle, except maybe Theo, so it’s a blinded search led by instinct and luck. But then again, interviewing Banksy would be one hell of a dream – the guy is a genius!

What do you think is the most exciting aspect of the art world today?

Technology is making it easier to consume and create art. It’s estimated that there are over 90 million photos and videos shared on Instagram every day. If art is defined as the expression/application of human creative skills in a visual form one can argue that art is being created and shared around the world in the millions every day. But how much of that is empty art (without meaning)? The most exciting part is finding that meaningful art, the artist, and the story behind it.

Daniel Iregui (iregular.io) is a new media artist born in Bogotá, Colombia in 1981 currently based in Montréal. Iregui creates interactive sculptures, spaces and architectural interventions using technology as both a tool and an aesthetic. His work explores the infinite and