Since becoming Mr. Doodle, Sam Cox has amassed an impressive clientele in the media and art worlds. Brands such as MTV, Adidas, Cass Art and most recently Samsung have all collaborated with the frenetic artist, and for good reason. His visual style is punctuated by a hypnotic busyness: packed with an endless undulation of strange symbols, odd characters and seemingly never-ending scenes. He compares his imagery to the visual inundation one feels at the barrage of images, shapes, and letters on the shelves of a grocery store. Ultimately, his aim is that viewers spend time deciphering and analyzing his doodles. 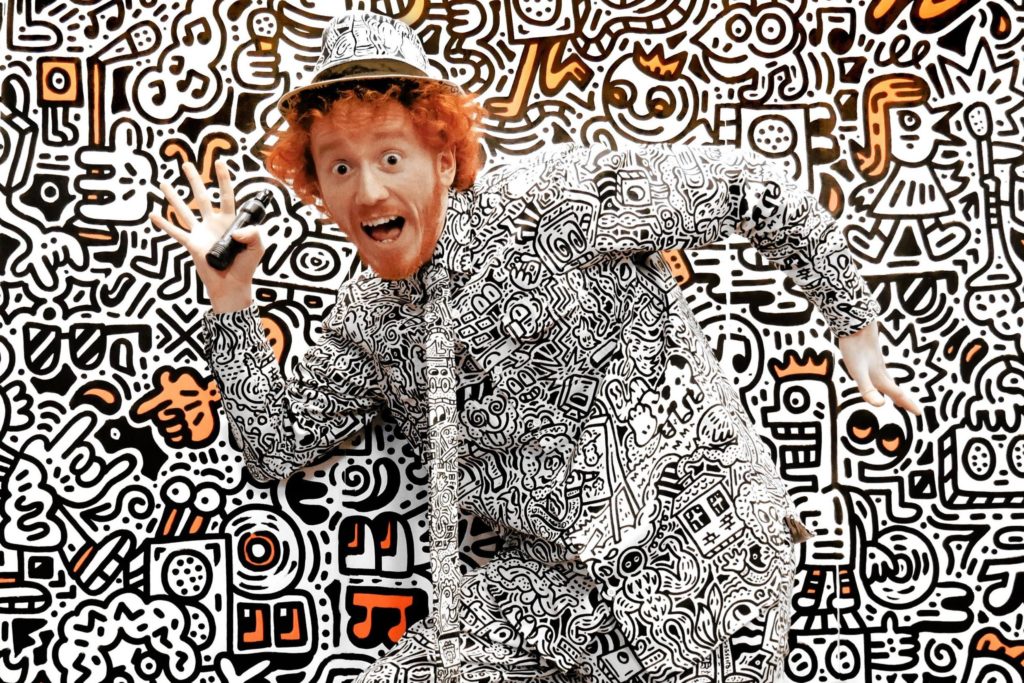 With projects spanning the realms of fashion, street art, furniture installations, and print sketches, there is no shortage of media for his aptly titled “Doodleland” to inhabit. Cox eschews categorization or genrification stating in interviews “I don’t ever feel the need to categorize it because if I do then I’m building walls around what I do.”

Mr. Doodle’s installations and persona exist in an artistic realm that welcomes his audience into his own artistic expression and changes the traditional relationship between artist and spectator. By calling his work “doodles” Cox essentially dissolves the barrier between art and the general public, between lowbrow and highbrow, creating a democratic space for expression. “I think by calling my work doodles then that will make them want to join in rather than say ‘I can’t draw’ or ‘I’m not an artist.'” 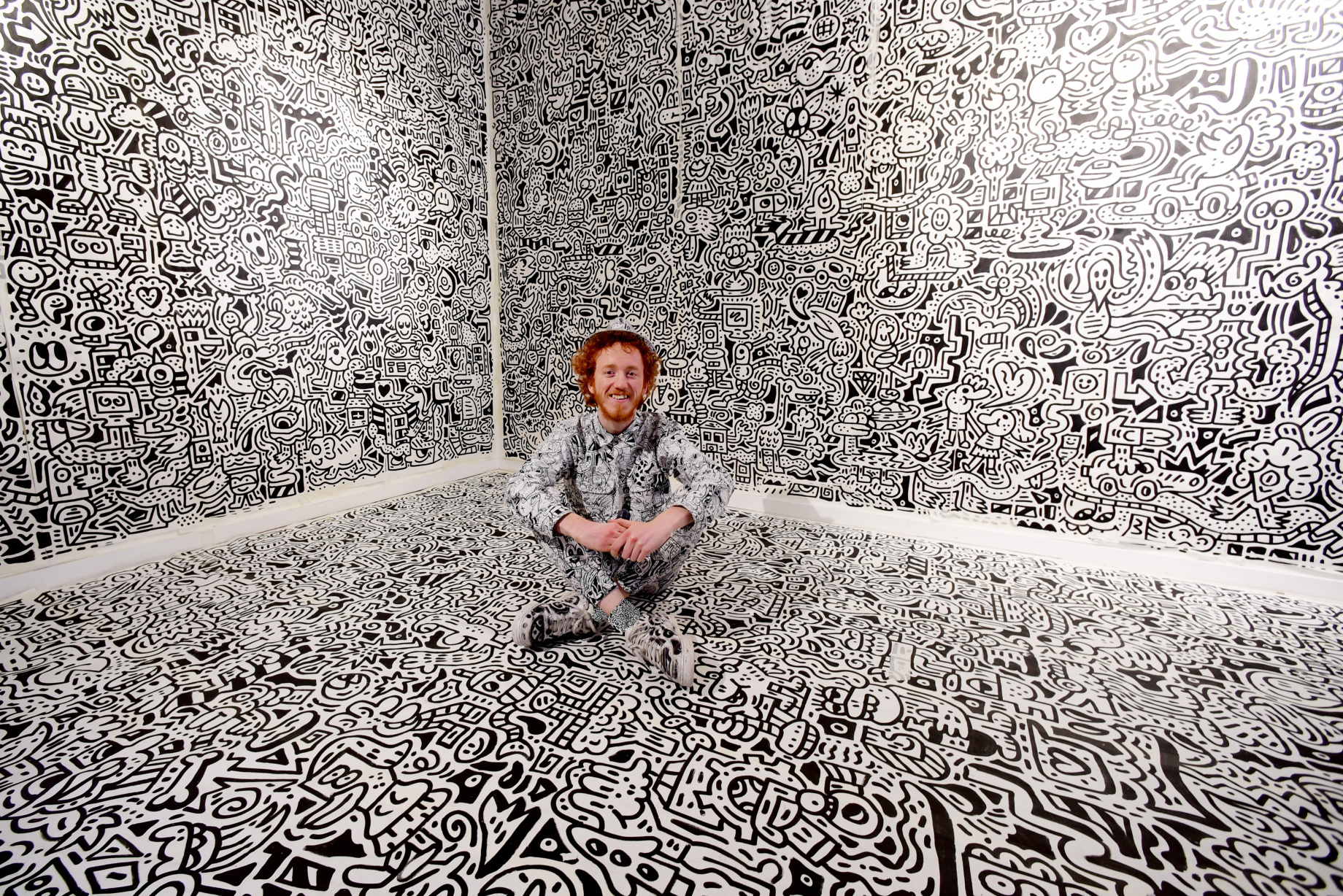 Recently, Cox opened the Doodle World exhibition at the Ara Art Center in Korea featuring artwork drawn with Samsung devices. For just a small fee, visitors could borrow a Galaxy S9+ to be their audio guide as they walked through a variety of doodle installations, including a wall with a screen made of 132 Galaxy Note 8s showing Mr. Doodle’s work created with the S Pen. In another S Pen gallery, guests could take selfies with the Galaxy Note8 and decorate it with Mr. Doodle’s artwork.

Daniel Iregui (iregular.io) is a new media artist born in Bogotá, Colombia in 1981 currently based in Montréal. Iregui creates interactive sculptures, spaces and architectural interventions using technology as both a tool and an aesthetic. His work explores the infinite and